New Zealand (NZ) and its people

New Zealanders or informally known as Kiwis, are friendly and down-to-earth people who embrace the spirit of hospitality. With a patchwork history of Māori, European, Pacific Island, and Asian influences, New Zealand’s population of five million people is a melting-pot of cultures. Over three-quarters of the population live in the North Island, with one-third of the total population living in Auckland and other main cities of Wellington, Christchurch, and Hamilton.

Over four hundred years before Christopher Columbus and the rest of Europe worried about falling off the edge of the world, Māori people voyaged thousands of miles across the vast unknown Pacific Ocean in small ocean-going canoes and became the first inhabitants of Aotearoa New Zealand. Māori culture is a core part of New Zealand’s national identity. English, Māori, and New Zealand Sign Language are the official languages, with English predominant. New Zealand was ranked second on the 2019 Global Peace Index. The crime rate is meager, and religious tolerance is high. New Zealand was ranked second on the 2018 Corruptions Perceptions Index. Some of the political scandals are laughable, purely because they are so minor compared with those of other countries.

New Zealand is one of the most picturesque countries in the world and is perfect for adventurists, looking to explore and take in all the sights that are on offer. The things you can see vary from dense forests to breathtaking glaciers and modern landmarks, all of which provide a vibrant mix of contemporary City versus traditional Māori culture. New Zealand’s sub-tropical climate is generally warm and dry, especially the east coast of the North Island boasts long, warm summers and comparatively mild winters. New Zealand is the place to go for a relaxed lifestyle. People do not expect too much, so the work-life balance emphatically favors life. New Zealand has world-class seafood, lamb, wines, and cheeses. There is plenty of delicious Asian food around, as well as the best European food presented in a range of fresh Kiwi styles. 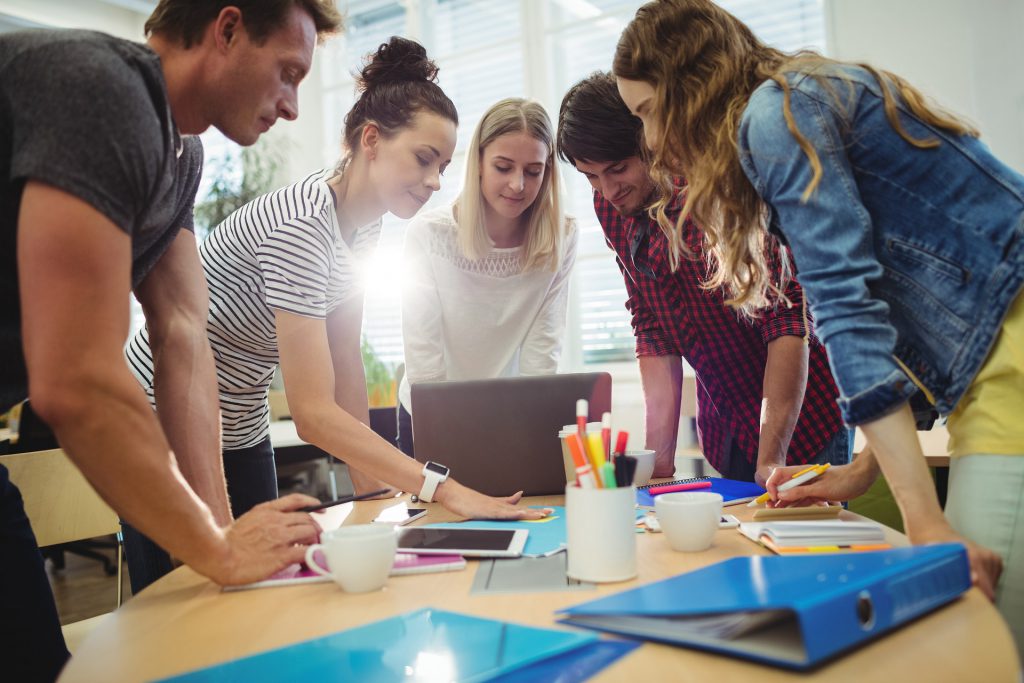 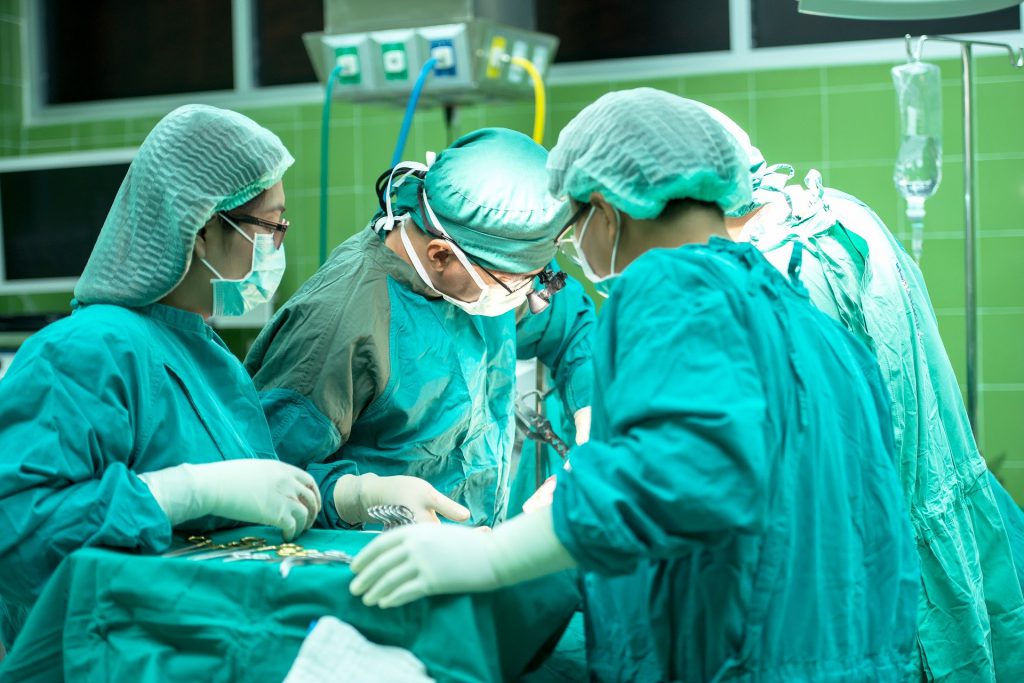 The Programme for International Student Assessment ranked New Zealand’s education as the seventh highest in 2009. The Education Index, published with the UN’s 2014 Human Development Index and based on data from 2013, listed New Zealand at 0.917, ranked second after Australia.

Primary and secondary schooling is compulsory for children aged 6 to 16, with most children starting at 5. Early leaving exemptions may be granted to 15-year-old students that have been experiencing some ongoing difficulties at school or are unlikely to benefit from continued attendance. There are 13 school years and attending state (public) schools is nominally free from a person’s fifth birthday until the end of the calendar year following their 19th birthday.

The academic year in New Zealand varies between institutions. Generally, it runs from late January until mid-December for primary and secondary schools and polytechnics, and from late February until mid-November for universities. New Zealand has an adult literacy rate of 99 percent, and over half of the population, aged 15 to 29, hold a tertiary qualification. In the adult population, 14.2 percent have a bachelor’s degree or higher, 30.4 percent have some form of secondary skill as their highest qualification, and 22.4 percent have no formal qualification. 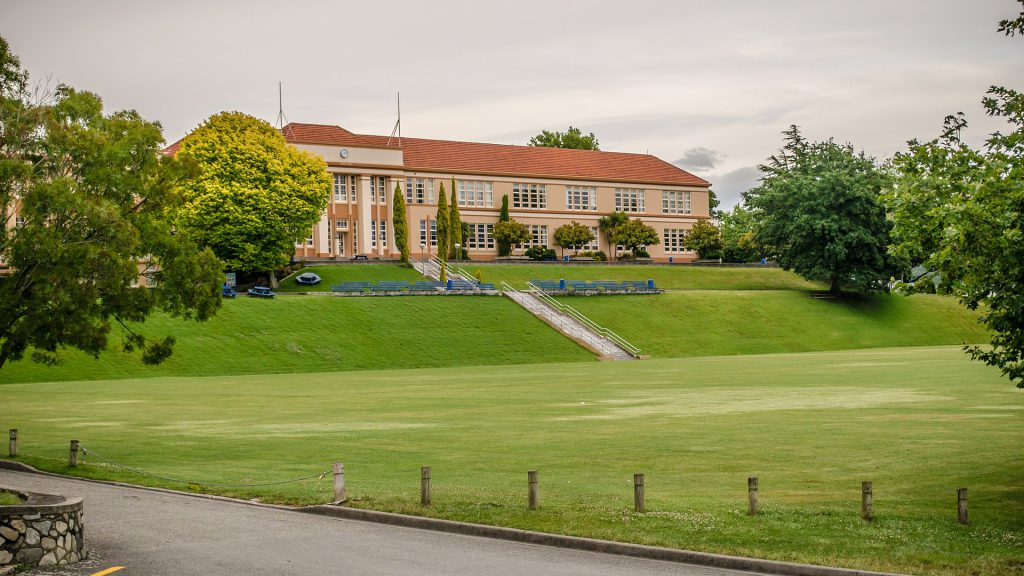 New Zealand is among the highest-ranked economies in the World Bank’s latest “Doing Business” report, which scores 189 nations based on how hard it is to run a company there. In 2013, New Zealand was ranked second amongst the seven countries deemed most business friendly.

The following export product groups categorize the highest dollar value in global shipments from New Zealand during 2019. Also shown is the percentage share each export category represents in terms of overall exports from New Zealand. 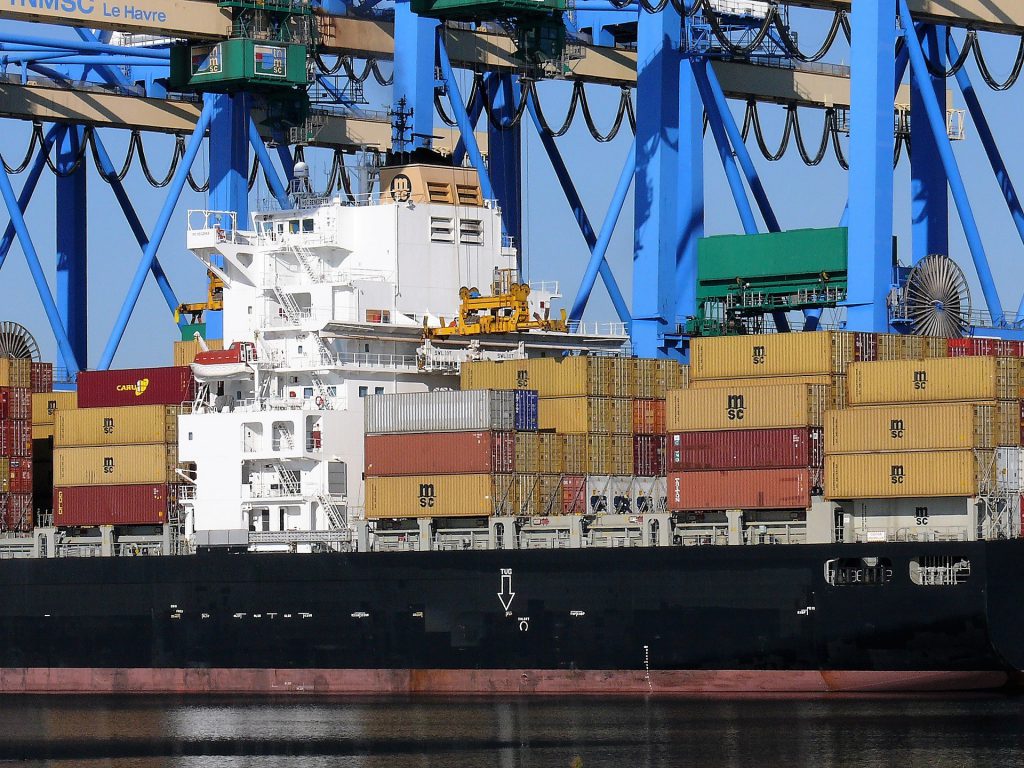 New Zealand’s top 10 exports accounted for about three-quarters (74.3%) of the overall value of its global shipments.

Below is a list showcasing 15 of New Zealand’s top trade partners, countries that imported the most shipments by dollar value from New Zealand during 2019. Also shown is each trade partner’s percentage of total New Zealand exports. 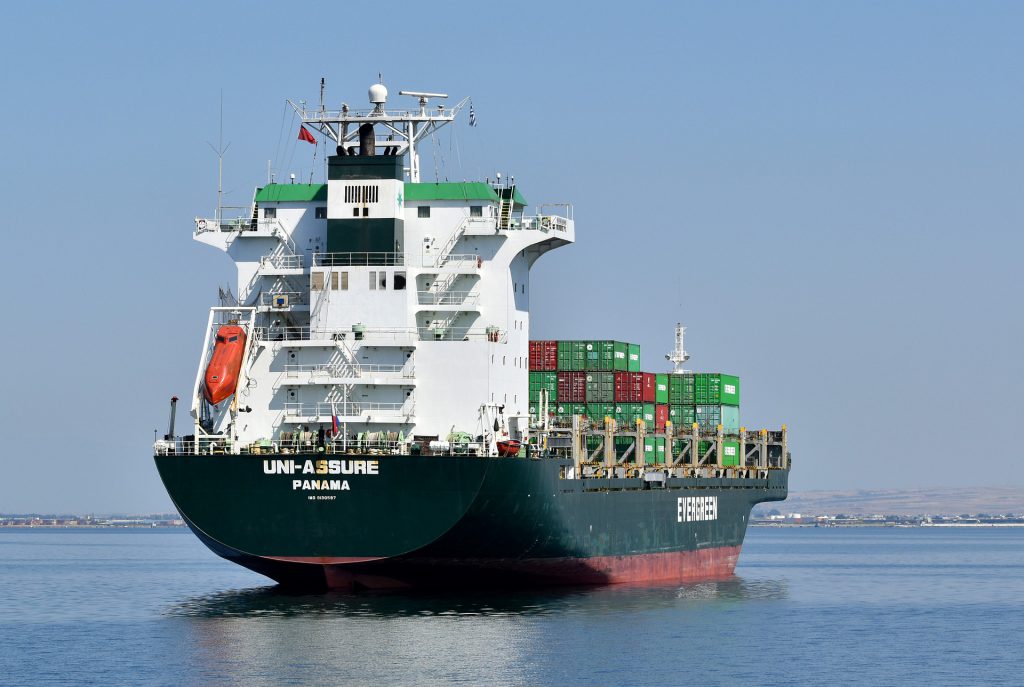 COSMO WORLD EXPORT can help you to invest, to set up a business and to migrate in New Zealand …

We are international company with the native English professionals, who can give you the best solutions for your business opportunities in New Zealand. Whether you are a foreign buyer, seller, investor or just travellers to New Zealand for pleasure, we can help you to get what you want and achieve your dreams with the best possible results. Do not Hesitate to contact us to find out how we can help you invest, do business, or relocate into UK.

Expand Your Customer Base. Grow Your Exports. 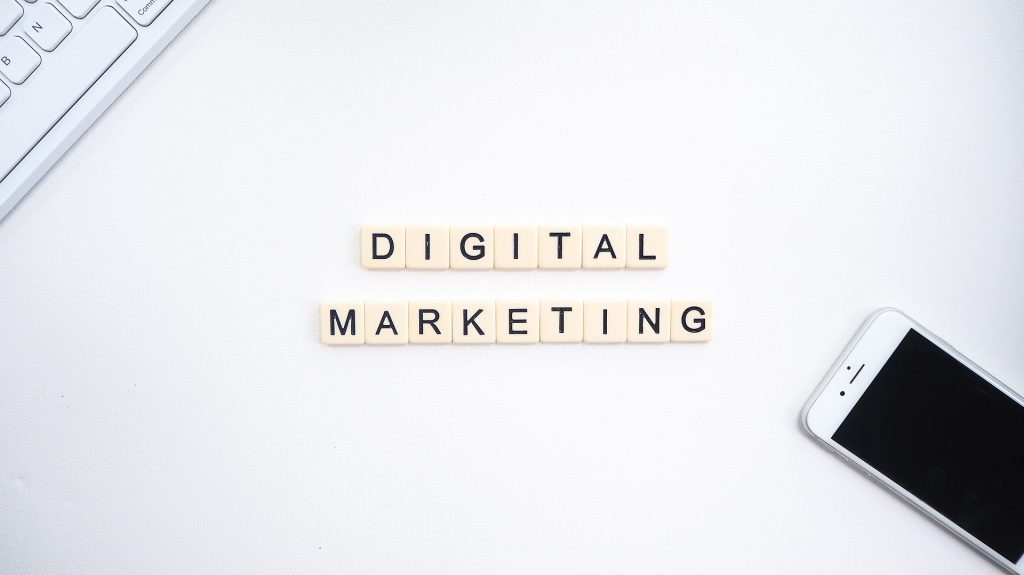 Through cutting-edge technology and advanced analytics. We can help New Zealand suppliers to provide their organization with an “Intelligent Export Marketing” system that can: Streamline your marketing initiatives Maximize and broaden your customer base Close more sales and generate higher revenue

Cosmo Export Marketing Services is proud to offer you the best and broadest in export marketing.

Combined with our total customer support, Cosmo provides our ministry, retail and, corporate clients with a comprehensive program of delivering your messages by effective email marketing campaigns giving you an advantage in your marketing and communications efforts — guaranteed!

Whether you are seeking to send a simple, informative newsletter to your email list or are determined to launch the most creative and sophisticated direct marketing and communication campaigns, Cosmo E-Marketing’s features will continually exceed your expectations. GROW YOUR COMMUNITY! BUILD NEW CONTACTS!

Cosmo World Export has over 30 years’ experience. We are located in various countries throughout the world, headquartered in Honolulu with representatives in Thailand, San Diego, Hong Kong, India, and Manila. The company’s experience to deliver by our strong supply chain, technology, devotion to innovation, and a disciplined approach to managing a current business.

To reduce challenges in your project and to increase your import success, we provide wide ranges of services from translation, order coordination, quality control and import cost management systems in addition to shortlisting a supplier, which may be your primary objective. We could provide you with catalogs so that you could pre-select the items to buy. Depending on your choices, we organize logistics and sets of factories for carrying out purchases, helping with the negotiation and communication processes services. We also work as direct purchasing intermediaries, monitor the investment you have made, seek, and select the best quality and price you. 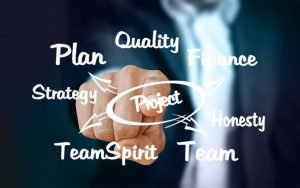 Do you already have a supplier?

If you already met a supplier at a Trade Show or via a B2B Portal, you could still get all the benefits of the One-Stop Sourcing Service. Many of our clients nominate their suppliers, and we leverage our expertise and resources on the ground to ensure their best interests. We have represented them on the ground in New Zealand.

Reduce Overheads & Operations Risk
High operating costs, staff attrition, and corruption are the main challenges to the effectiveness of small International Procurement Offices (IPOs) below ten staff members. Through outsourcing your IPO to Cosmo World Export, you can immediately reduce your overheads, reduce staffing risk, and the risk of corruption while gaining access to the Cosmo’s Sourcing network and expertise.

Increase Productivity & Capabilities
For any IPO capability to execute process productively is key to effectively sourcing goods and services. Within a small IPO, developing and retaining the scope of category expertise and consistently following rigorous procedures is a challenge. Procurement Outsourcing with Cosmo gives you access to a broader category of knowledge and strong process capabilities.

Flexible Global Network of Operations
A typical mistake for internal IPOs is limiting the sourcing to the country where the IPO is based instead of conducting exact global supply. As states’ relative competitive advantages shift rapidly, this leads directly to reduced competitive advantage. Through Procurement Outsourcing, you gain access to a flexible global network of operations experienced in conducting regional and global sourcing operations. 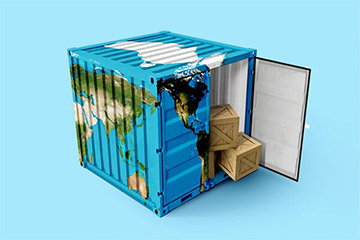 For the Benefit of the Buying Organization
Our business model is to work exclusively for the benefit of the buyer with no preferred relationship with any of the suppliers. In this way, we are totally focused towards achieving our client’s objectives and continuously improving their procurement performance.

Complete Transparency & Auditability
We share all supplier information with complete transparency to build strong relationships built on trust and reliability. All supplier interactions are documented and are available to be audited. 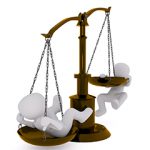 We are a group of experienced business professionals specializing in consulting American companies for opportunities anywhere in Asia including greater China.

How do you get things rolling? Contact us. Let us know what your situation and objectives are. Here’s who to call: In the US: Please submit your valuable feedback through contact forms.